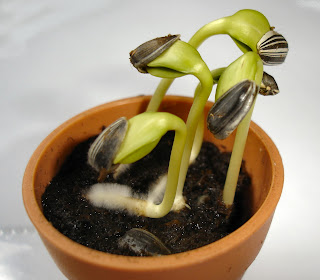 A/B system updates, as described here, provide a way for an operating system (OS) to seamlessly update from an old version to a new version, while ensuring that any failure in the upgrade process will allow for fallback to the known-working old version of the OS.

Linux's Btrfs filesystem provides support for snapshots at a subvolume level, which can be used for A/B system updates. A typical procedure would be:

This procedure works well; it's space efficient, allows for as many old versions to be retained as desired and also doesn't require any specific block device partitioning scheme. Given these benefits, it's unsurprising that SUSE uses a similar approach to provide Transactional Update functionality. However, there are still some minor caveats:

Btrfs seed devices offer copy-on-write support at a block device level, which also can be used to provide A/B system updates, with fallback between new and old block devices instead of subvolumes.

The following seed device example requires two or more separate block devices (or partitions), with one acting as a read-only seed device and one a read-write "sprout" device.

This seed device approach removes some of the constraints of the Btrfs subvolume approach, namely:

This functionality may be attractive for Linux distributions, particularly if adding A/B update support to an existing update process with little filesystem integration. However, there remain a number of trade-offs to consider:

Btrfs subvolume snapshots and seed devices can both be used to provide seamless and reliable A/B system updates. Snapshot based updates offer more efficient storage and CPU resource utilization, so should likely be considered the optimal choice for implementers.
Seed device based updates are a viable alternative, particularly for multi-subvolume updates, but implementers should carefully consider the described trade-offs.

Comments are moderated due to spammer abuse.